The Traveling Gavel Makes It To Lakewood Masonic Lodge 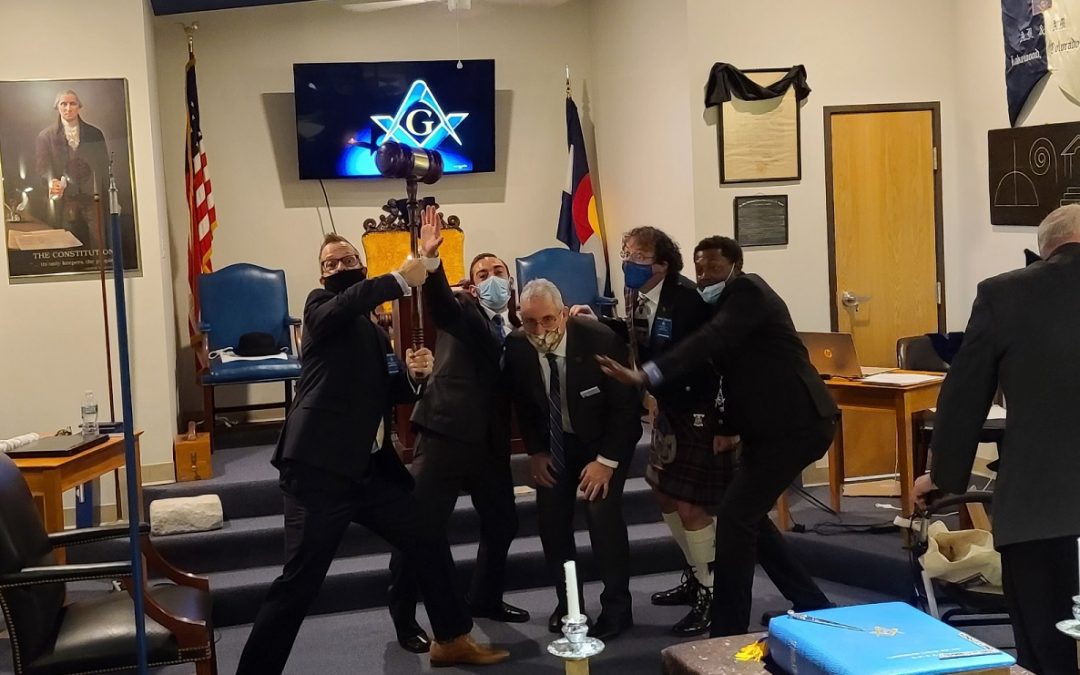 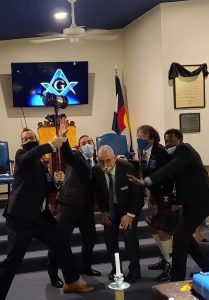 Freemasonry is a fraternity of good men working to become better. But that doesn’t mean that we can’t cause a bit of harmless mischief once in a while in the name of fun.

The Evening Of The Traveling Gavel & A Bit Of Mischief

On the journey down to Pueblo, we were confronted with information that plans changed and we were not going to obtain the gavel. Naturally, we wanted to understand why. We were told ‘because'(not my favorite answer). So a few of us started making calls and one of us was able to get in touch with the Grand Lecturer, part of whose duties include presiding over the gavel. The Grand Lecturer, Kevin Townley, gave us permission to retrieve the gavel and continue with our evening. So we went about our way with plans affirmed.

Upon arrival at Pueblo, the discussion arose and the master and secretary had a discussion that they were not going to be able to hand over the gavel to us. One of us growing hungry, decided to walk across the street to the local watering hole for a bite. As the other brothers joined, it quickly turned into hatching a plan for stage two of obtaining the traveling gavel. One of the guys described a prior tradition of the gavel being snuck out (taken is a method of acquisition according to the rules) from the lodge that had it and a plan was born. A few of the guys set a plan in motion and about the evening we went.

The guys in Pueblo #17 knew that something was aloof. As we sat in lodge and discussed the night and joked on the gavel, one of the brothers from Pueblo Masonic Lodge #17 remarked that “The nights not over yet”, and we all chuckled, knowing the game was afoot. We proceeded to have a great evening in lodge with the guys and collected another pin for our travels. After lodge a few of us were talking with the brothers from Pueblo when a few of our group that were visiting from Lakewood #170 came in with the, “Alright brothers, it’s been a fun night, time to go..”, with the wink.

Once we’re all in the vehicles and on our way, one of the brothers pulled the gavel from the back of the truck to gaze upon the evenings bounty. Within seconds of leaving, Pueblo reached out to one of our guys, and didn’t sound very happy to learn that the Traveling Gavel had been taken without their approval, despite our standing permission. After some ‘things’ were said, we decided to bring back the gavel and off we went.

The Traveling Gavel is actually an exceptional piece of memorabilia. While resembling a gavel, it’s size makes it appear reminiscent of an amusement park mallet. Appearing to be made of pine, with a brass fitting and high quality craftsmanship. It is accompanied by a book for members of the acquiring lodge procession to sign. We highly encourage any lodge to come view the gavel, and obtain it if they bring the prerequisite members. We won’t put up a fight, but it will be a fun evening.

After entering the highway, we get a call from the brothers in the other truck and arranged to meet for a libation. They were pleased to inform us that our trip was not a total loss. That we had obtained the masters gavel, of which we were later informed was actually the secretary’s gavel that was on loan to the master. We had a good laugh on the topic along the drive back.

After word of the evenings escapades traveled to the Grand Lecturer Kevin Townley & Grand Master Michael Moore, they reached out informing us they would be acquiring the Traveling Gavel and that the Grand Lecturer would deliver it to our next stated communication. We were excited to hear the news and looked forward to the evening.

One of our members thought it would be a nice idea to invite the Grand Master as well. And to our surprise, the Grand Master accepted and came to see us. Visits from the Grand Master are not common, as such the lodge was excited to have the honor of his presence. The visit being made all the more remarkable by bringing the gavel and being present for one of our proficiencies. The entire evening was terrific and one of the best nights that we’ve had at Lakewood over the years. We greatly look forward to seeing our Grand Master, Grand Lecturer, other Grand Lodge Officers, and lodges that wish to come visit. Surprise us or give us a heads up, either way, we’ll welcome you with open arms upon the level.

We’ve invited Pueblo Lodge #17 to come back and retrieve the gavel, but they’ve yet to officially respond to our invitation. We hope to see them soon.

Members of Lakewood Masonic Lodge #170 shown with the Grand Master and the Traveling Gavel at our March 9th, 2021 Stated Communication.

Here are the rules of the Traveling Gavel

Come on by Lakewood Lodge #170 and obtain the Traveling Gavel for your lodge. It’s a fun time and good for the brotherhood. We hope to see you soon.

If you wish to visit Pueblo Masonic Lodge #17, then visit their website or get directions from the map below. They have a beautiful lodge located in central Pueblo, Colorado.