Many of the greatest stories ever told start out with the phrase… Well where do I begin?

The reason for this is because they are often the culmination of a series of multiple events spanning a larger portion of time than the context in which the story one is about to tell.

Such was the case with the latest episode of Lakewood Lodge 170’s “The Adventures of the Traveling Gavel”. We had a great evening of brotherhood and masonic fun.

Our last stated meeting was definitely one for the books. There were over 20 guests in attendance, from multiple lodges, including 2 district lecturers and even the Grand Lecturer. The lodge officers were definitely on their best behavior with all that lecturing authority in the room.

With so many finely dressed brothers sitting studiously in our humble lodge it was obviously no secret that we once again were in possession of the traveling gavel.

Highlands Lodge #86 was in attendance with 6 brothers in hopes of retrieving the gavel to take back to that little shack on the hill they like to call a lodge. (this is TOTALLY a joke, if you aren’t familiar with Highlands Lodge’s humble accommodations, it is a building of stupendous magnitude and arguably one of the most beautiful buildings, much less lodges in our state… I’ve included a picture below to drive home the utter ridiculousness of my statement) 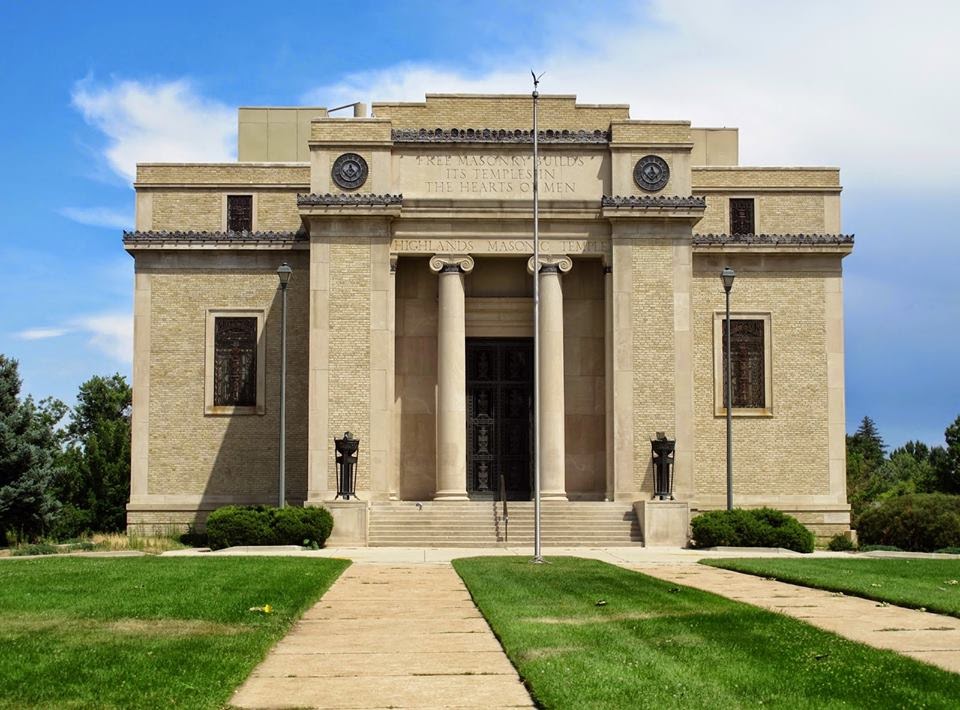 But, just when the brothers from Highlands #86, most of whom arrived a little early or on time at the latest, were starting to get that victorious glow about them, a few brothers from Boulder Lodge #14 started to trickle in… with the trickle soon turning into a sea of brothers from the north who were summoned by none other than the keeper of the Gavel himself, a man whose appearance could lead a man to believe he may be descended from our ancient brethren Gandalf the Great and Benjamin Franklin, of course I am alluding to none other than our Worshipful Grand Lecturer Kevin Townley. 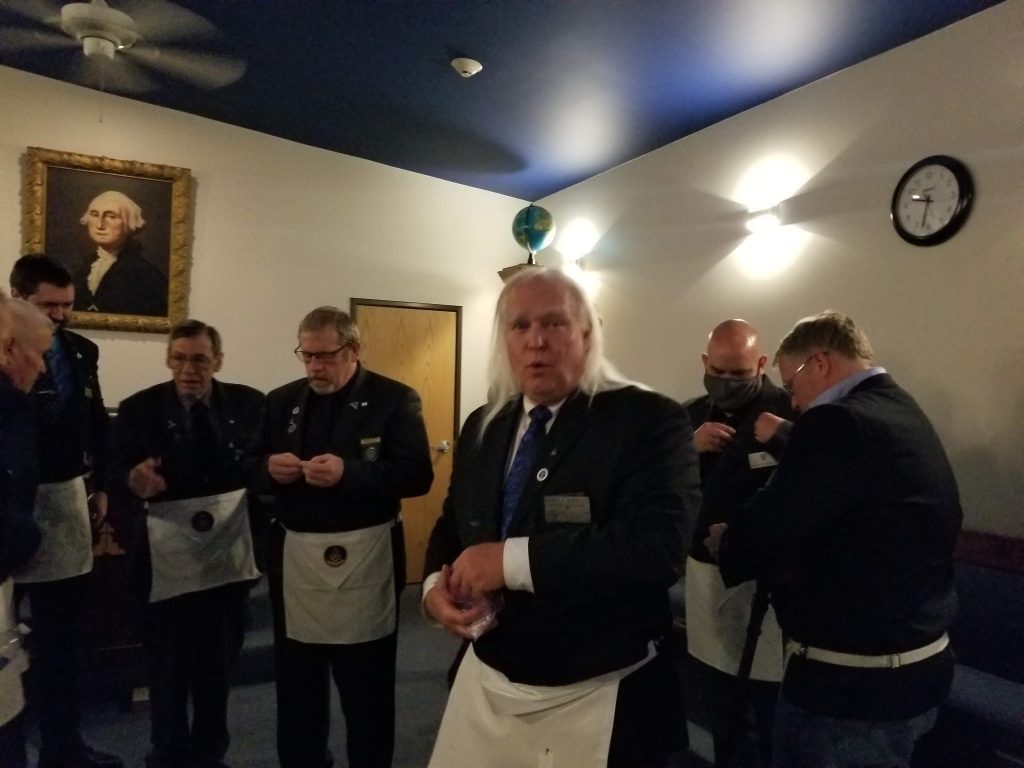 It became apparent all too quickly that Boulder either had a shorter cable town on their brothers or had paid their members to show up because they brought XX brothers in total!  Boulder #14 knows how to play to win, that is for sure!

Lodge was opened on EA in the traditional manner. Business was conducted in short form, at which point WB Kevin Townley told us all the tale of the long lost Traveling Gavel of the Western Slope” and how in a forte night him and his men would be seeking passage to the west in hope of unifying the two Colorado Gavels for the first time since time in memorial and with a firm voice challenged us to a duel for both gavels at Boulder’s next stated meeting. This gave rise to much excitement in the lodge. The meeting progressed late into the night until the tapers burned low and just before closing WB ——- from Boulder stepped up to lay claim to the traveling gavel for his lodge. After the usual “what gavel, I don’t know what you’re talking about” jokes and other usual formalities the traveling gavel which lives in a case looking more like a trombone case from band class was retrieved from behind the Master’s chair and handed over to its new and rightful owner. WB —- received it an his intention was to take it back to his seat when a brother in the peanut gallery commented “you might wanna check to make sure its actually in there” to which he replied “I trust the Worshipful Master.” 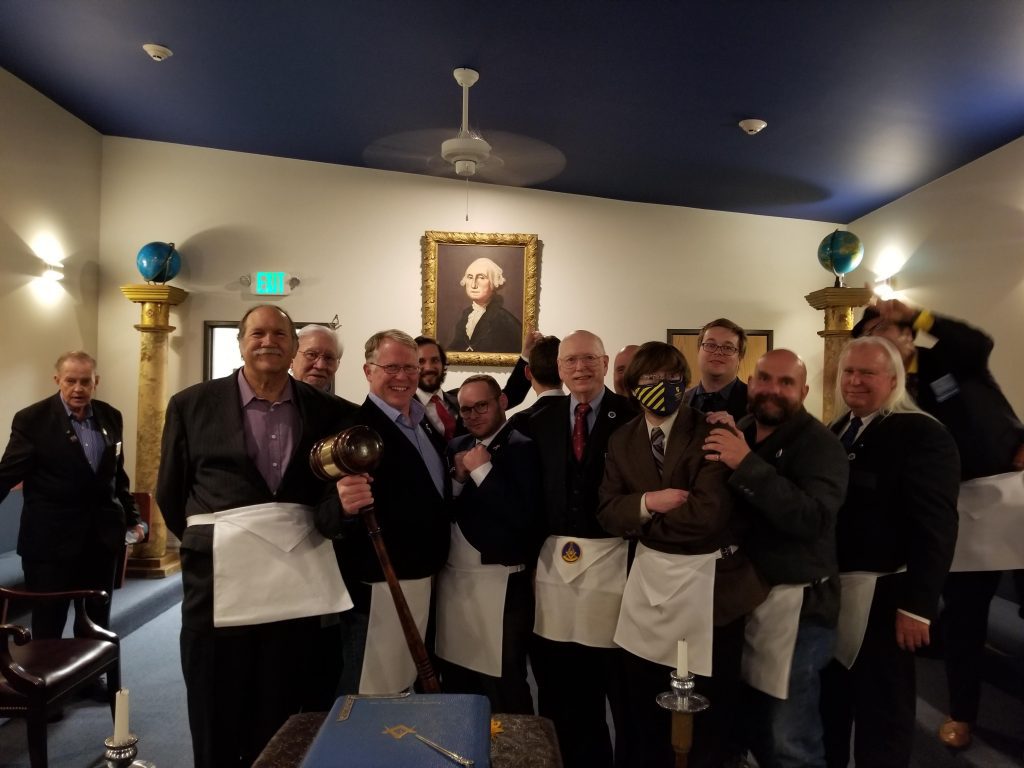 Needless to say there was no doubt some levity following that comment. In light of that WB —– figured it best to have a peek inside. As he unbuckled the silver latches of the big black case and opened the lid to behold a sacred object not many masons get to lay eyes upon whilst it is in their rightful possession we all heard the words “its smaller than I thought” well you talk about some rich joke material… we all laughed heartily until the SW starting choking on something and we realized we had better reign it back in.

But the WB was indeed correct… it was VERY SMALL as the photographic evidence provided below proves. This wasn’t done however to trifle with his emotions but more so to teach an important lesson, namely that of never taking any chances when it comes to the Traveling Gavel.  After some spirited debate as to whether that was the actual traveling gavel or not, we decided that the fact it didn’t fit in the case along with a few other contributing factors, it was indeed NOT the real traveling gavel.

The WM immediately ordered that a strict search of the several compartments of Lakewood Lodge be carried out and the the real traveling gavel be located and brought before him and that if those brothers returned not without the gavel it would be them who would be deemed the thieves and suffer severely. After strict search the true and authentic Traveling Gavel of Colorado Masonry was located. It was brought before the WM who placed it securely in its case to leave happily ever after with the brothers who rightfully claimed it for their lodge. Hats off to Boulder Lodge # for their great comradery, fellowship and sense of humor. 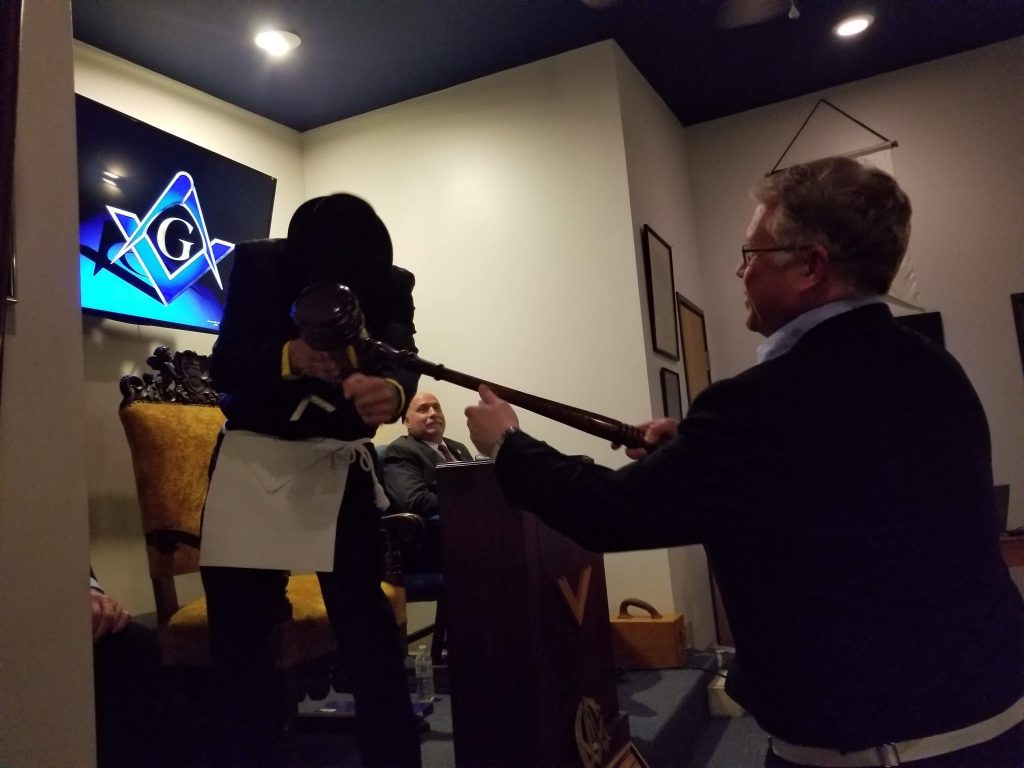 After lodge was closed in due form and brothers were making their way to their cars there was a conversation that was had in the parking lot with brothers who shall remain anonymous that went a little something like this.

Anonymous Lakewood Member: “That was a great night indeed, I guess we will be seeing you when we come for the “double gavel” hahaha

This statement was not immediately recognized for what it was meant to communicate, but only a few minutes after those who uttered it had left this cryptic joke, their tongue in cheek message became crystal clear. 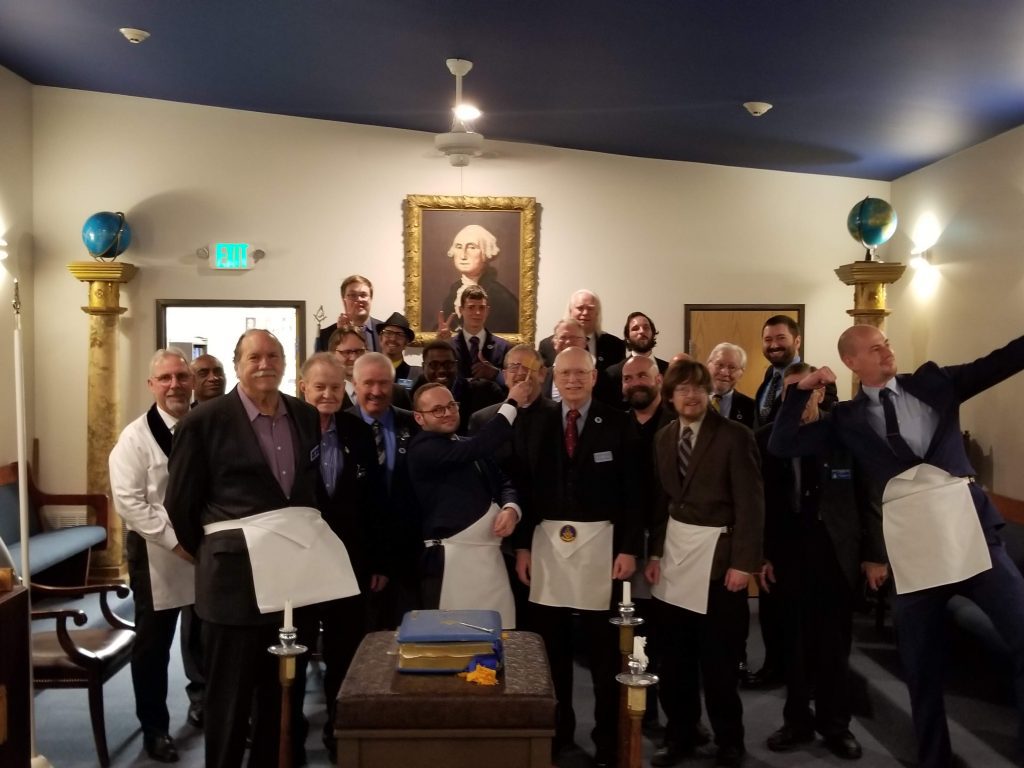 DISCLAIMER: After an internal investigatory committee was assigned it was determined that the worshipful master DEFINTELY had NOTHING to do with the switching out of the gavels. Any one claiming otherwise will be in violation of our community standards and subsequently censored for the good of all mankind, but more especially our brethren in Masonry.

We’d like to thank our brothers from Boulder #14 and Highlands #86 for a great visit and evening in lodge. We’ll see you again soon. 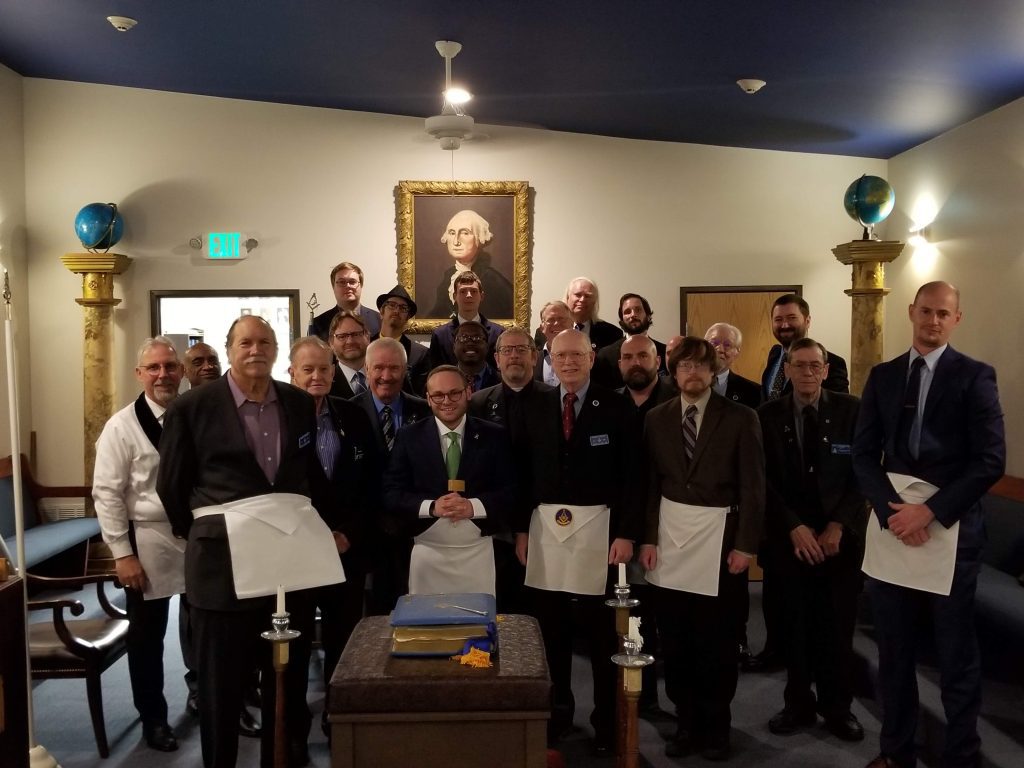